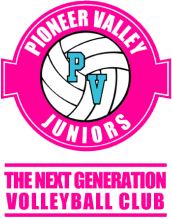 WHAT IS REVERSE COED!?

Playing volleyball outdoors is a great way to work on all phases of your game.  Grass courts make for a game that is fast and powerful.  Players must be able to pass dropping jump serves and dig hard-driven attacks. Defense is tough because two players have to cover the entire court. The fast play, competition, prizes, and bragging rights, make for the perfect storm of memorable battles.

The Birthplace of Volleyball Summer Classic will follow the AVP Grass Rulebook (last updated 3/3/2021) with the following exceptions, amendments, and highlights:

Tournament format: Round robin format with single elimination playoffs
Court Size: Courts are full size (“Big” Court)
Antennas: The net posts, and their imaginary extension, shall serve as antennas in the absence of true antennas.
Roster: Roster maximum of 2 players. Two players on the court per team.  Teams with less than the required number of players must forfeit.
Scoring: All games will be played using rally scoring. 2-point cap in pool play. No cap in playoffs.
Tips: No open hand tips.  Knuckles, roll shots, and poke shots with firm fingers are allowed.
Double Contact: Players may double contact a hard driven ball only. The serve is never considered a hard driven ball.  It is LEGAL to receive serve “open handed with finger action,” but strict hand-setting judgment must be applied to the contact.
Let Serves: Let serves are NOT legal. A serve contacting the net ends the rally and results in a point for the receiving team.
Net Contact: It is a fault to contact any part of the net (including ropes & net outside the antenna) during the action of playing the ball.  The action of playing the ball includes (but is not limited to) takef off, hit (or attempt), landing, and follow-through.  If your momentum carries you into the net it is still a violation.
Blocking: The block contact does NOT count as the first team contact; either player may make the 1st team contact.
Joust: If there are simultaneous contacts by two opponents over the net and the ball remains in play, the team receiving the ball is entitled to another three hits.
Foot Digs: Foot Digs are legal.
Setting Over: When the ball is set into the opponents’ court, the setters shoulders must be “squared up” or perpendicular to the line of the flight of the ball.
Time Outs: Each team is allowed one 60 second timeout per set. Time out may be requested by the players only when the ball is out of play and before the whistle for service by showing the timeout hand signal.
Side Changes: Teams should switch sides of the court after every 7 points in games to 21 and every 5 points for games to 15 & 25.
Forfeit Rule: A 10-minute forfeit rule is in effect
Playing Area: Players may not enter into another court, before, during, or after hitting the ball.
Players’ Equipment: Players may play barefoot or with shoes not consisting of hard/sharp plastic/metal spikes. Soccer turf shoes or trail runners are acceptable.
Play Under the Net: There is no centerline. Players may contact any part of the opponents’ court as long as they do not interfere with the opponents’ next play.  Incidental contact between opponents does not constitute interference (bump knees, briefly step on toes, etc.)
Pursuit: Pursuit is legal for any 1st contact balls that pass over or outside an antenna.  A player may pursue the ball by any route including under the net and/or through the opponents’ court.  The ball must be played back over or outside the antenna and the 3rd contact must be sent legally through the crossing space.
Court lines: If the lines come up during play, continue playing. If the lines coming up affects the outcome of the point, the point must be replayed. If the lines do not affect the play, the play is legal.
Ball
Errant Ball on Court: A “ball on!” call is an automatic stoppage of play. If there is a ball on the court and nobody calls “ball on!”, then it is up to the referee discretion whether or not the ball affected play.

WARMUPS
Once the match before yours ends, you will have 5 minutes of warm up times. Penalty points will be given to teams who are not starting on time. If a team is late to their next match text 413-250-1196 or let the tournament tent know, they will be docked 1 penalty point per minute they are late.

REVERSE COED RULES
All other rules above apply the same for reverse coed. We've clarified the differences in Reverse Coed below:
TIEBREAKERS
Tiebreaking playoff games will NOT be played after pool play - teams may advance to their respective playoffs based on points. YOU MUST RECORD THE CORRECT SCORE AFTER EACH MATCH.
1) Head to Head Record
2) Head to Head Point Differential
3) Total Point Differential
4) Coin Flip

What is the weather policy?
This is a Rain or Shine event.  Play will continue through inclement weather as much as possible - if it's necessary to stop play, it will be postponed in 30 min. increments until conditions are suitable to resume play. It's very important that all teams remain close to the event site so that games may resume in a timely manner once the weather has improved enough to resume play!

After the 2nd delay, the tournament may be moved to the following day for completion. This decision will come from the tournament director. This would be determined by safety, weather, and playing conditions.